Overview:
The Intellectual Property (IP) High Court overturned an invalidation trial decision by the Board of Examiners of the Japan Patent Office (JPO), and held the patent of concern invalid on the grounds that the claimed invention would have been easily conceived of.

Main Issue:
Whether or not the JPO was mistaken in their findings on matching features and differences, as well as in their decision on ease of conception, when the claimed invention was interpreted. 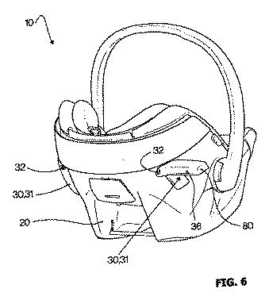 Comments:
Not infrequently, a mistake in finding the gist of a claimed invention results in a mistake in finding the matching features and differences in the prior art, and the present case may be considered one such example. If a decision by the JPO to maintain a patent is overturned by the IP High Court due to a mistake by the Board of Examiners in finding the gist of the claimed invention, as per the present case, it might also be considered possible to obtain a further decision to maintain the patent as valid provided the claims can be corrected so as to fall within the technical scope of the invention found by the JPO’s decision. We assume that the IP High Court’s decision also took this into consideration, as the court also assessed other grounds challenging the JPO’s decision but found no reason to overturn the decision based on such grounds.