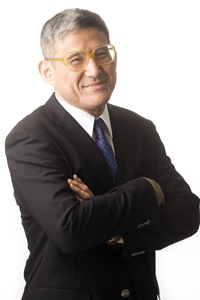 Mr. Noda studied precision mechanical engineering at the University of Tokyo, and graduated in 1985. After graduation, he worked at the Recruit Corporation for over nine years where he was engaged in the development and maintenance of large-scaled general-purpose computer systems in cooperation with IBM Japan. In 1995, he began working for a patent firm in Tokyo, where he was in charge of patent applications relating to copying machines, facsimiles, and image-development processing systems, etc.
He joined SOEI in 2000, and handles prosecutions, appeals, expert opinions, and consultations in the fields of telecommunications, mobile communication systems, wireless LAN, computer networking devices, data recording devices, computer software, digital signal processing, image processing, encryption/decryption, optical devices, mechanical devices, and printer/copier/fax machines. He joined the Japan Patent Attorneys Association (JPAA) in 2002. He is currently a member of the JPAA's International Activities Center, and occasionally serves as a delegate at international intellectual property conferences and meetings.