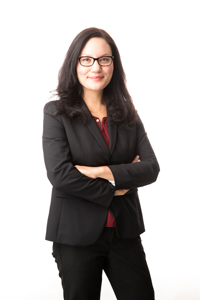 Ms. Paape-Miyoshi is a Canadian patent agent. She completed her studies at the École Polytechnique of the Université de Montréal and received a Bachelor’s degree in Computer Engineering. She began her career as a consultant in information technologies (IT), specifically in Enterprise Data Warehousing and SAP™ (an Enterprise Resource Planning platform), spending some time in Brussels, Belgium. She later joined an Intellectual Property (IP) law firm in Montreal where she developed her patent practice, mainly advising client on their IP strategy, preparing and prosecuting patent applications, and carrying out infringement and validity studies. Ms. Paape-Miyoshi is experienced in handling matters relating to the fields of IT, telecommunications, electricity and mechanical inventions, specializing in matters concerning patent eligibility of software innovations in Canada and in the United States. In Canada, she advised clients ranging from startups to large corporations, both domestic and foreign, in various industries, including energy, networking and communication, vehicle systems, packaging, household devices, Web search engines and scanning/imaging systems. Ms. Paape-Miyoshi is a member of the Intellectual Property Institute of Canada (IPIC) and of the Quebec Order of Engineers (OIQ) and is also is registered as a patent agent with the United States Patent and Trademark Office (USPTO), with limited recognition. She is proficient in English and French, and has some speaking skills in Japanese and German. Ms. Paape-Miyoshi joined Soei’s Tokyo office in 2016 and collaborates with the firm’s attorneys in various patent cases filed abroad.