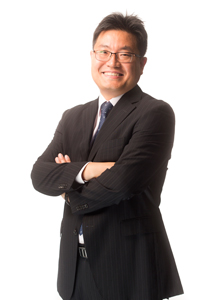 Mr. Chung received his B.S in Electric Engineering from INHA University, in South Korea, and his M.S. in Frontier Informatics from the University of Tokyo, in Japan. He is a native of South Korea, and has lived in Japan since 2000. He is trilingual in Japanese, English and Korean, and joined SOEI in 2004. He qualified as a Japanese patent attorney and joined the JPAA in 2012. He handles prosecutions, appeals, expert opinions, consultations, and litigation in the fields of information technology, communications, and electric/electronics.